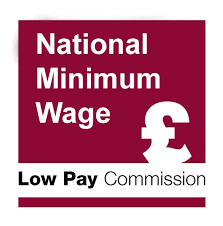 Last  Autumn it was thought that the government might not increase the National Minimum Wage this year as a response to the current economic situation…..That has proved not be the case with rises taking affect from April 2021.

Whilst on the subject of pay…we may have expected that the commitment of nursing staff shown during the pandemic would be reflected in this year’s pay award.  Nurses however will only receive a 1% rise; and this may surprise many.  The government however refer to affordability as the main criteria for their decision and also state that nursing staff are already well paid.  They point to the fact that they have little problem with recruiting staff as interest in nursing has increased over the last few months.  Had the NHS faced problems with recruitment then they may have taken a different approach.  The public sector is also doing well in retaining staff; as job security is valued by workers when unemployment is high.

Businesses may wish to use similar criteria when deciding what approach they wish to take when deciding on this year’s pay review.  They will need to take into account what they need to put in place in order to recruit and retain their staff, how much they can afford and to what extent they wish to reward & motivate their star performers.  The impact of Covid19 on the workforce may have changed the focus of the businesses in how they decide on pay awards this year.

So back to the National Minimum Wage.   Increases are as follows:

Employers are advised to write to their staff to confirm any increase to their pay and the date from which the rise is effective.